You are here: Home1 / Company 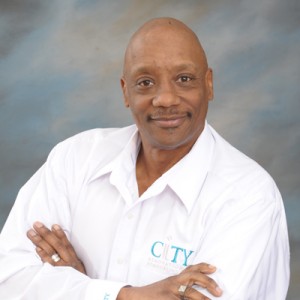 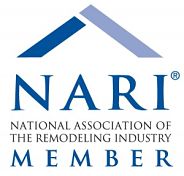 City Renovations is owned and operated by Michael A. Wiggs. City Renovations’ extensive satisfied client list stems from Michael’s passion and commitment to both his in-house team of building experts, and his love for the happy clients who hire them.

Michael A. Wiggs started in the construction industry in 1976. Michael was brought up in foster care, and his case worker gave him a job with her husband’s construction company, Dc Barnes & Company. At the time, he was only 15 years old. He was known as “anybody’s helper” working on the Union Station Dome in the winter time carrying brick and lumber. As Michael became more efficient at delivering material, he was given other jobs to do.
Photo of Michael and Team

The owner of DC Barnes & Company then challenged Michael to buy a truck and prove that he was serious about the trades. Every payday Michael would purchase specialty tools to work more efficiently with the different Trades. Through ambition, Michael was tasked to work with the other trades, including HVAC, electrical, and plumbing. Michael was sure to complete his laboring work as quickly as possible so that he could spend as much time as possible learning from all of the different trades. Learning the fundamentals of each trade was key to knowing every aspect of a building and how each piece was interconnected.

In a short time, Michael did purchase his first truck, and was finally given a special opportunity to take on his first project independently. His first project consisted of replacing a concrete walkway. Michael made a minor oversight and placed the 2×4 forms incorrectly and the sidewalk was three inches too narrow. Michael instinctively, pulled the side walk out, and started over completely. His goal was to deliver the project on time and correctly to the specifications that had been designed.

For many years, Michael continued to Manage and Build his own projects while becoming an expert in almost every sub trade. Michael began thinking of creating his own construction firm – with having all of the trades fit under one roof as a “one stop shop.”

Michael branched off on his own in 1985 and ultimately created City Renovations in 1989. Michael began building his team of experts. City Renovations became a single point of communication and responsibility. Michael saw an increase in efficiency and customer satisfaction. His clients enjoyed knowing they would get 1 estimate to fix everything – no more multiple quotes from multiple trades. No more finger pointing on who was responsible for which part of the project!

Mike still challenges his guys in the same way that his D.C. Barnes had. Today, Michael has six in-house employees and almost forty technicians on staff. Michael says that the thing he loves most about his company is that he never feels like he is ever actually at work. He loves to educate customers and train his team. But more than that, there is nothing more that he loves than the “awe” factor when his team finishes a project. Michael still puts on the tool belt and will do any job in the company. Everyone appreciates that he leads by example.

Today, CITY Renovations handles a great many handyman projects, but also has branched off into design/build projects, as well. CITY is customer-service and quality-oriented, with documented procedures that enable quality and consistency. Also, all of our work comes with a five-year warranty on labor.

CITY’s laborers must go through a double-interview process which includes a tool inspection interview. If they pass those interviews, after background checks, there is a shadowing and a mandatory education process. Michael understands that skills alone are not enough. Our workers must all be open-minded and flexible and work together as a team.

CITY Renovations has been with the BBB since 1989 and has received an Angie’s List Super Service Award. We are also lead-safe certified.

Take the first step and complete this form to request a free consultation. Our skilled in-house team of designers, project managers, and craftsman are ready to tackle any remodeling or maintenance challenge you present!
Scroll to top